Myth Number Two: The Ethanol Industry Is Bad for the Environment 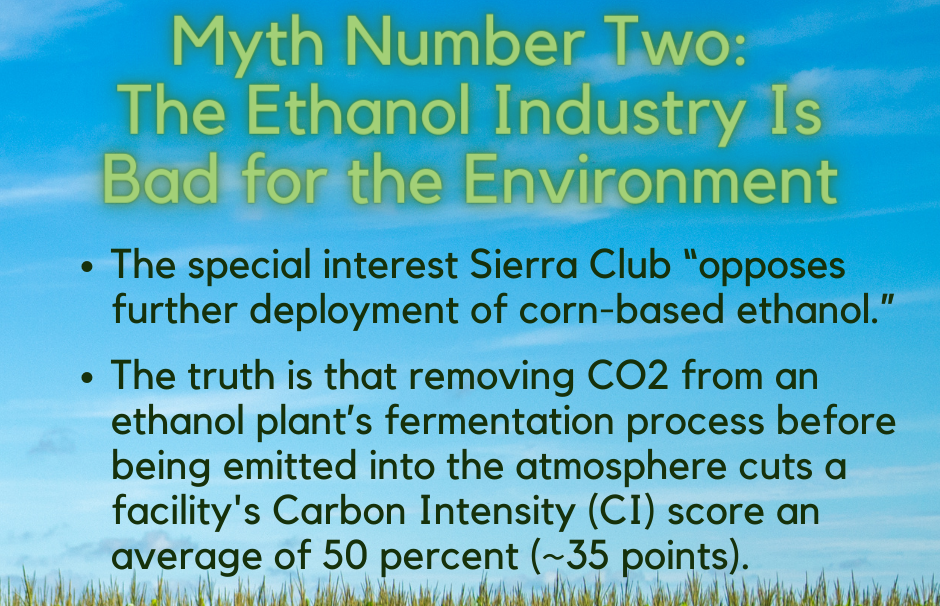 It’s time to bust another myth about ethanol.

The special interest Sierra Club “opposes further deployment of corn-based ethanol.” The group argues that it is “crazy” for Americans to use ethanol “to fuel our cars and trucks” because it has a “negative effect” on the environment.

The truth is that removing CO2 from an ethanol plant’s fermentation process before being emitted into the atmosphere cuts a facility’s Carbon Intensity (CI) score an average of 50 percent (~35 points).

In comparison, installing a solar farm or wind turbines to power, an ethanol facility decreases a plant’s CI score by merely 3-5 points.

Rather than being harmful to the environment, projects like these demonstrate that utilizing ethanol carbon capture will dramatically reduce carbon emissions.