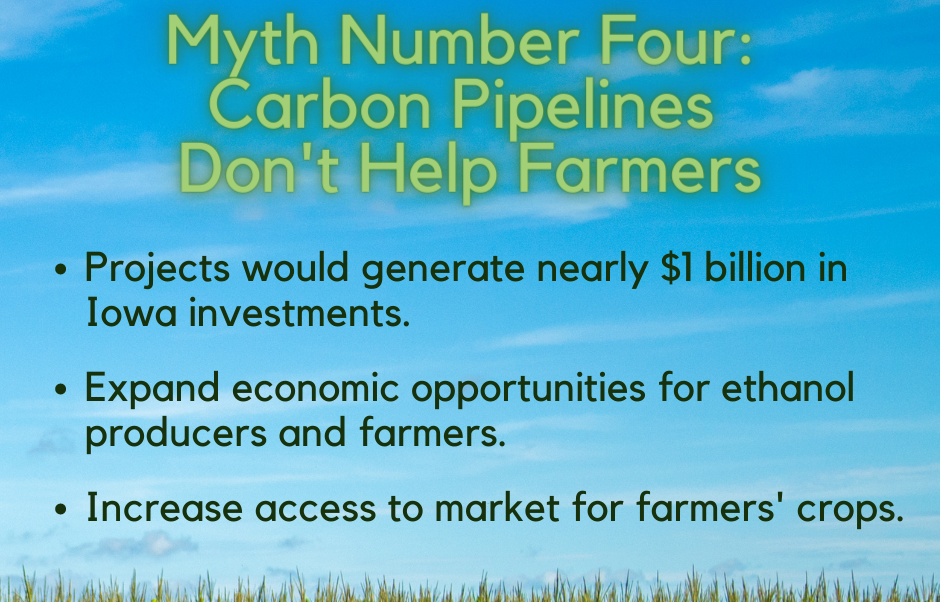 Let’s set the record straight about another myth regarding carbon pipelines.

The radical group Sierra Club Iowa has attacked carbon pipelines as another “get rich quick scheme at the expense of Iowa’s farmers.”

Think about this for a minute.  A project across the five states that will protect the market for nearly half the corn produced in the United States is being done at the expense of farmers?

Beyond the other ways carbon pipelines create a direct impact in terms of jobs and investment, imagine if ½ of the corn market went away?

In reality, the Summit carbon pipeline will generate nearly $1 billion in Iowa investment and expand economic opportunities for ethanol producers and farmers in the state by opening new markets and creating new jobs.

Once operational, the project is expected to generate an average of $1.2 million in new property tax revenues yearly for each of the Iowa counties where the pipeline is operational. Iowa communities will be able to invest more in critical schools, road construction, health care, and public safety projects.

The only expense at risk here is the credibility of the Sierra Club.