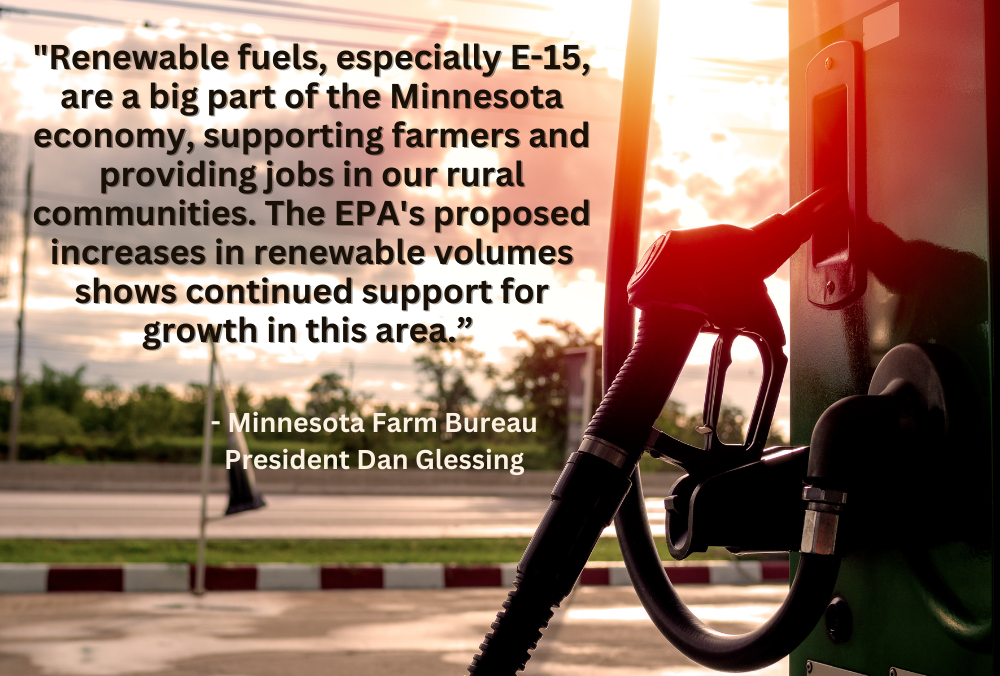 It will be even more important in the future.

Extreme groups opposed to CCS don’t want Americans to use ethanol today or tomorrow.  Fortunately, the EPA and other leaders in the energy field reject the anti-ethanol views of these out-of-the-mainstream groups that have declared war on ethanol production.

“Minnesota farmers whose corn and soybeans are blended into biofuels received a long-awaited blueprint of a rule from the Environmental Protection Agency on Thursday that could pave the way to more biomass-based, domestic fuel stocks being mixed into the nation’s vehicle engines. In releasing a proposed update to the Renewable Fuel Standard (RFS), the nation’s top environmental agency set the table through 2025 for higher blending of renewable fuels with petroleum products to create gasoline,” the Star Tribune reported.

The EPA and other leaders understand that ethanol is a key part of our energy future. What makes this plan better is capturing the carbon and making sure we have a clean, green, and smart energy future.

“Once finalized, this rule will send a strong signal about the important role that ethanol can continue to play in reducing emissions, enhancing domestic energy security, and creating rural jobs,” said Brian Werner, the Minnesota Bio-Fuels Association executive.

“We’ve seen that tapping the power of America’s biofuel producers and our family farmers is a key component in helping us advance on many of our climate and energy priorities and stabilize our fuel market,” Rep. Angie Craig noted.